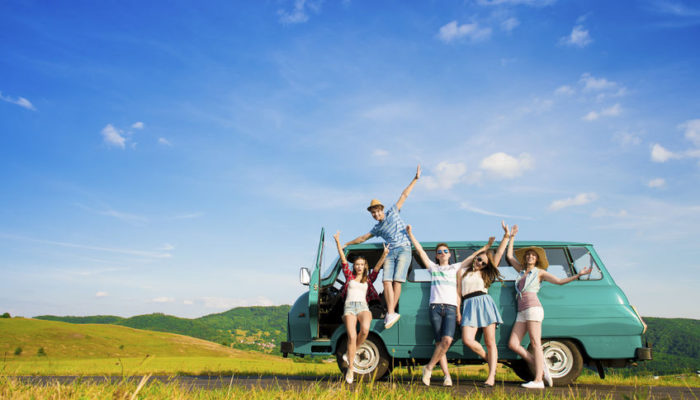 According to the Centers for Disease Control and Prevention, an average of six teenagers died every day in 2015 from motor vehicle injuries. And AAA reports that new teen drivers aged sixteen to seventeen are three times more likely to be involved in a fatal traffic accident than adults. Back to school season can be a particularly dangerous time for high school students, as high concentrations of young, inexperienced drivers increase the frequency of traffic accidents in and around school zones.

These studies corroborate decades of previous data which has established just how dangerous teen drivers can be. But what, specifically, are the factors that cause this danger? And how can parents address these factors in order to reduce their teen driver’s risk of having a car accident?

Distracted driving is another serious problem which has spread rapidly across America with the prevalence of smartphones. Teens are not immune to this trend: Forbes reports on a Governors Highway Safety Association study which found teens to be the largest age group of drivers who were distracted at the time of an accident. While distraction is dangerous for any driver, is is particularly problematic for young, inexperienced drivers who are not always prepared to deal with obstacles in the road. Surprisingly, this study also found that teens were the second least likely age group to use a cell phone while driving. This suggests that, despite teens’ awareness of the risks of distracted driving, they are nonetheless still likely to crash on the relatively rare occasions when they do use a phone while driving.

The Research on Teen Drivers with ADHD

Attention-deficit hyperactivity disorder (“ADHD”) is a condition which many American children, teens, and adolescents suffer from. Among other symptoms. ADHD makes it difficult for the teen to concentrate on a single task. This lead a group of researchers to examine whether ADHD was correlated with higher rates of teen driver accidents. The findings, published in the Journal of the American Medical Association, were that:

(1) The crash hazard among new teen drivers with ADHD was 36% higher than the crash risk for teens who had not been diagnosed with ADHD.

(2) The risk for ADHD drivers remained elevated regardless of licensure type, gender, age, and medication.

Parents of teen drivers who have been diagnosed with ADHD should be particularly mindful of their teen’s driving habits. Extra training and supervision can help parents ensure that their teen’s ADHD symptoms are not interfering with safe driving behaviors.

Medication also slashes the risk of crashes for teens diagnosed with ADHD by an average of 40% according to the JAMA study.

If you or your teen has been involved in an auto accident, it is important to seek advice from an experienced personal injury attorney as soon as possible. Schedule your free consultation with the Fite Law Group by calling (602) 368-1869, or sending an email to info@fitelaw.com. Our friendly staff, experienced attorneys, and thorough review of your case will ensure that you receive the full and fair compensation you deserve.